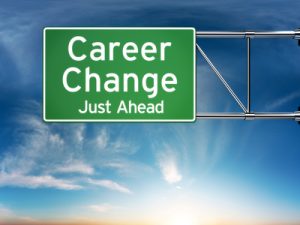 As we enter into a new year there is much cause for optimism for the creation of new jobs in the fields of Architecture, Engineering, Quantity Surveying and Project Management. This, in spite of uncertainty hanging over the markets by issues such as Brexit, and the soon to be President of the United States, Donald Trump. In the case of Brexit, this uncertainty should be reasonably short term in that the Prime Minister, Theresa May, has declared her intention to formally trigger the start of the process by the end of March, when she will outline her terms for the United Kingdom’s withdrawal from the European Community. This should restore some clarity to the marketplace and thus allow Investors and Institutions, whether overseas or domestic, to move forward with their medium to long term investment plans which have been on hold for the past six months.

Recently released figures show a marked improvement in the return of Irish emigrants. According to Investec, the number of returning emigrants has increased from 11,600 in 2014 up to 21,000 by April 2016. In the same period, the number of people leaving Ireland has significantly reduced, and with the fall in Sterling since the announcement of Brexit, the whole dynamic of ‘value for money’ has changed viz a viz working in the UK as compared with Ireland.

Salaries for professionals have increased noticeably throughout Ireland in the past year, and this trend is set to continue into 2017 as demand for Architects, Engineers, Quantity Surveyors and Project Managers increases. Other key factors impact on take home pay for professionals, which can exceed €50,000 for Architects working in Dublin and €65,000 for Quantity Surveyors.

The right time to return home?

Government policy is aimed at reducing personal taxation levels such as USC in the near future, and such factors as rental levels for like for like units are 15% lower in Dublin than outer London suburbs, and commuting times are up to 20% less in Dublin than in London. Salaries may be lower in Ireland, but the disposable income will be greater. Add to this, the quality of life style in Ireland, which is a fundamental consideration to young professionals raising and educating children; the availability of schools, and health care, and the factors which mitigated in favour of emigration over the past decade may no longer be as attractive as when initially considered. It may just be the right time now to come home to a new beginning.

Looking for a New Career?

If you are considering a move back to Ireland and wish to discuss the current opportunities within the Architecture, Engineering and Construction industries, contact me on c.herlihy@GPCireland.com or call +353 86 8055216.